Adam Bacher: Riding the Storm Out 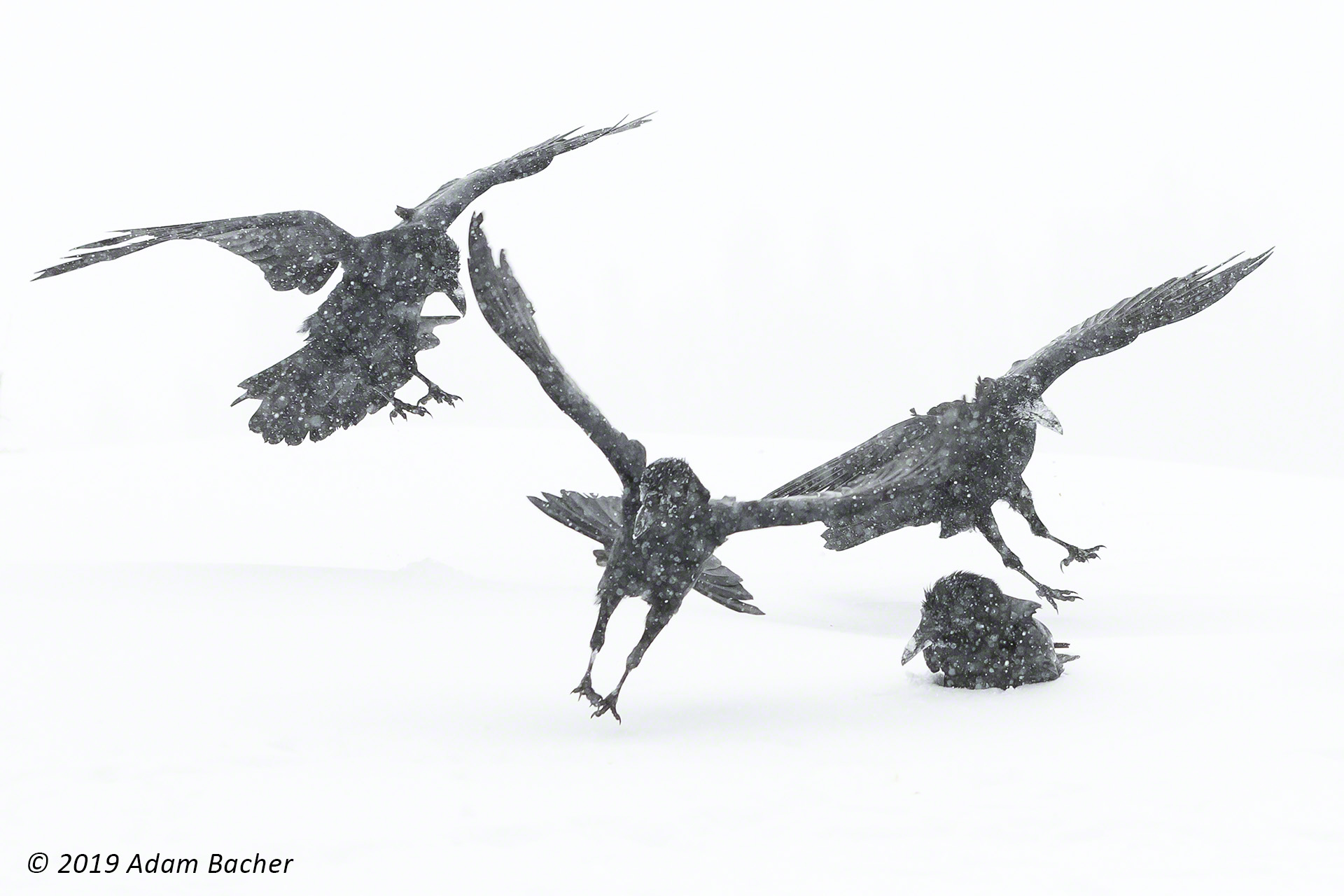 This February, Ravens flew high in the chaos of a blizzard. An inkblot Rorschach riding the sky in punishing winds. And a photographer ventured freely into the furious storm to record their actions. The snow collected in feet not inches on the slopes of Mount Hood, almost 5 years to the day when Adam Bacher’s raven project first began. He couldn’t have asked for a better way to celebrate the anniversary. 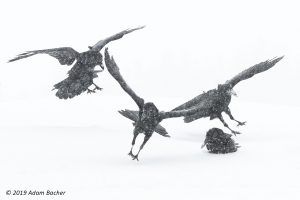 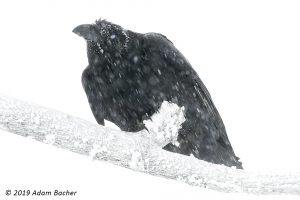