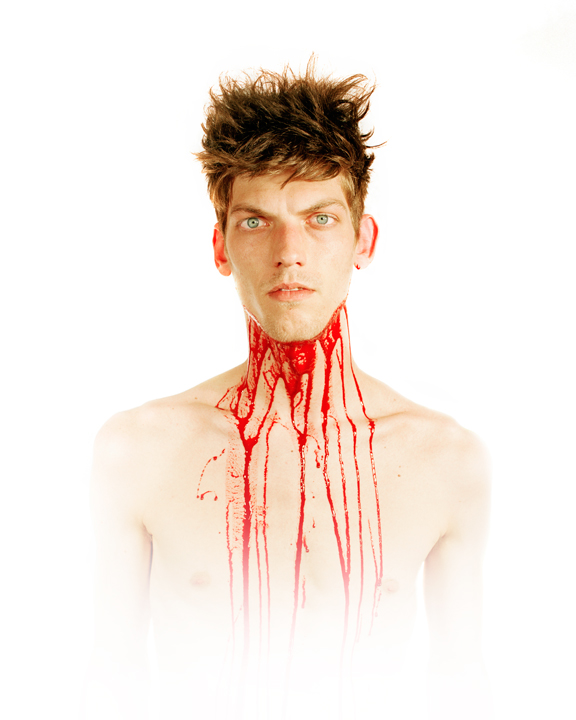 In this series of portraits, all shot over the last year, I became interested in blood, plain and simple. Blood and artificial pain, leaking orifices, leaking heads, the visceral redness of it. I find it liberating and horrible to make images with the oldest and simplest of inks, to explain something of feeling of primordial chaos that it represents.

Yet it’s all fake, gloriously unreal. I was interested in the kind of formal qualities we always give death, from the sentimental cameo shapes of the portraits, to the fading of the subject into the background, mimicking the “white light” everybody says they see in their near-death. All our hiding it, bureaucratizing it, and stuffing it in the background is rejected, as the subjects loom out of the fading white, like ghosts, lunging toward the viewer. The blood comes from the inside, and I hope this reminds you that hate is real.

The images will be transformed and screen printed by Seizure Palace. View Ploeger’s work at annploeger.com. 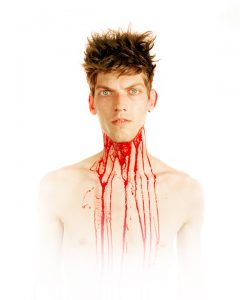 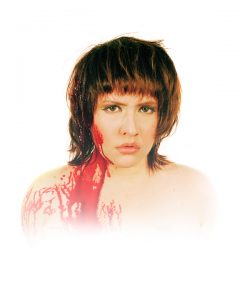 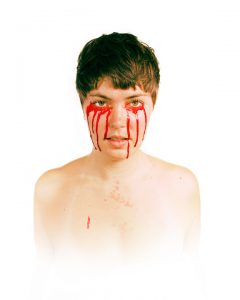 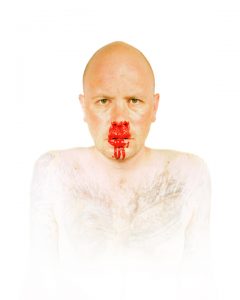 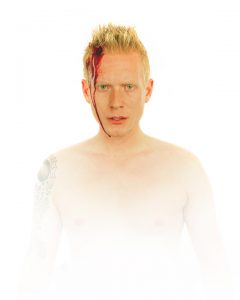 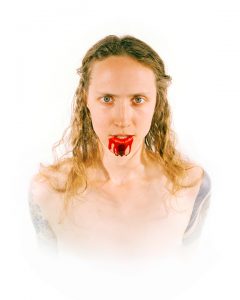 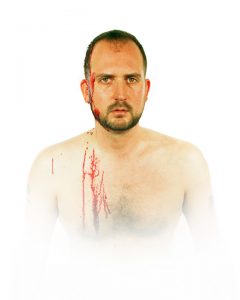 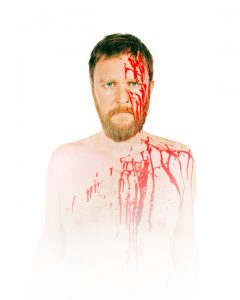 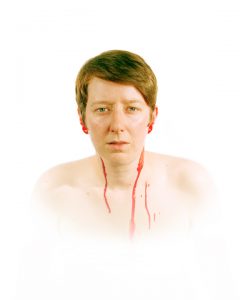 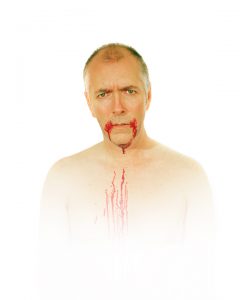 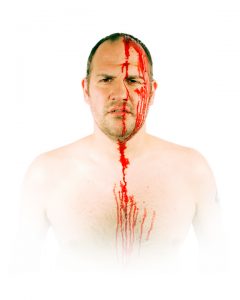