Ed Madrid: The Feel Before the Feeling: Ed Muscle Licks the Fold 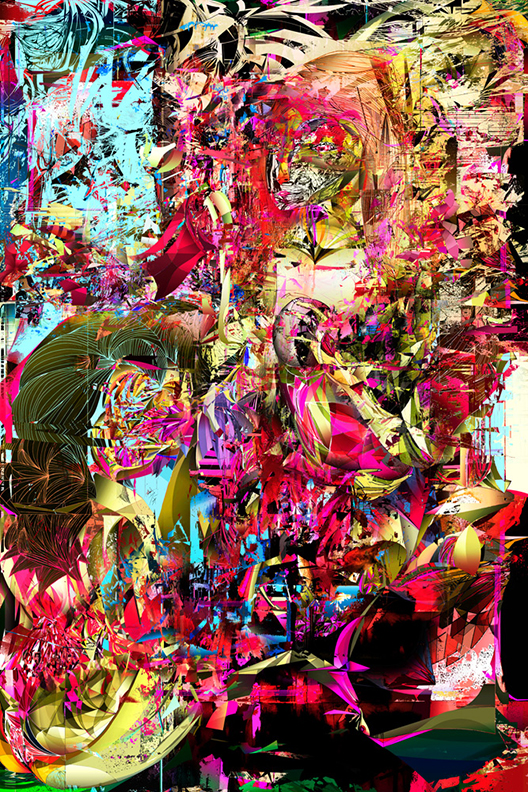 Ed Madrid creates large-scale digital canvas prints which read as paintings. In this latest series of images, figurative elements are swallowed up by their environments, accruing the “scars” which accompany transformation. “While I felt I needed the human figure as an organizing device and as a way to incorporate sexual themes (for me, sex operates as a release valve for abstraction), I didn’t want the figures to shoulder specific narratives or betray autobiographical emotional states.” Instead, these paintings use digital image-making technologies to address the drama inherent in the widespread shift — in life as in art — from material to virtual space.

Ed Madrid is a visual artist working in Portland, Oregon. This is his first public showing since 2001, when he appeared in his first group show at the Bellevue Art Museum. Madrid has a degree in English from the University of Oregon and occasionally works under the heteronym “Ed Muscle.” For more, visit edmuscle.com. 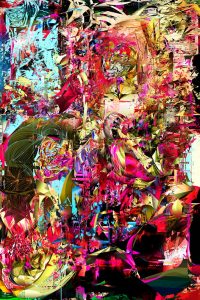 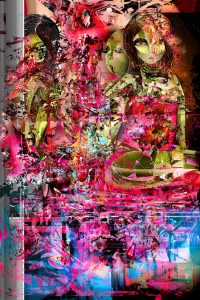 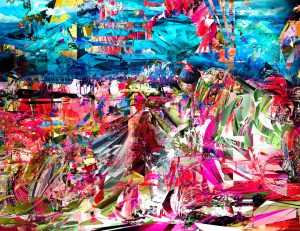 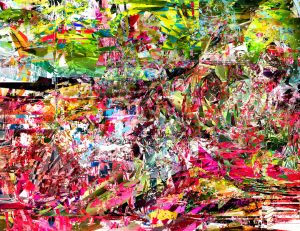 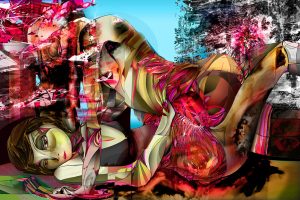