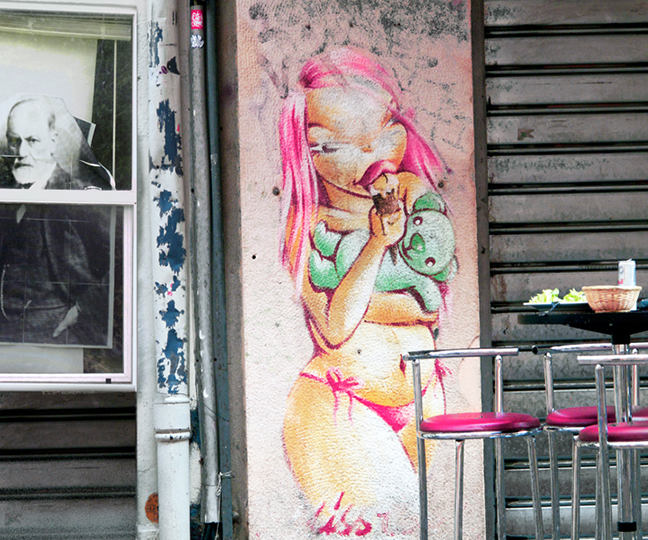 “Growing up in post-war Germany, I was required to read Goethe’s novel, Elective Affinities (Die Wahlverwandtschaften) – and it made a lasting impression. In this 1809 novel, Goethe takes his inspiration from (what was then cutting-edge) chemical theory, and, in particular, the tendency of compounds to interact with each other in certain circumstances. The novel applies this notion of chemical affinity to social interaction, and is read by some as suggesting that our lives are governed by something akin to scientific laws. Ironically, some readers take the opposite perspective, and read the novel as a broad assertion of free will.

My series, (S)elective Affinities, was inspired by this novel. Just as Goethe’s literary protagonists experiment with each other and their surroundings, I also experiment with ‘affinities,’ transferring subjects from one context into another. In each case, though, the new context is chosen to emphasize something important about the subject – and so echoes certain traits, or stresses similarities, or introduces certain destabilizing tensions. Thus the resulting montages each create a tableaux that could, if one wished, become the core of a short story. “

Heuer was born in post-war Germany and emigrated to the United States in 1981. She received her Ph.D. in Experimental Psychology from the New School for Social Research in NYC and taught Visual Perception and Cognition in the Psychology Department at Lewis & Clark College from 1988 to 2004. She has also worked as a freelance translator of books and academic journal articles. After working at the Oregon Jewish Museum for the last three years she is now fully concentrating on photography and photomontages. 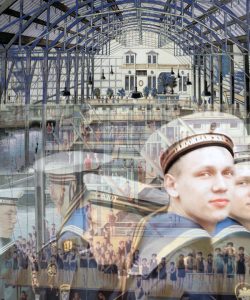 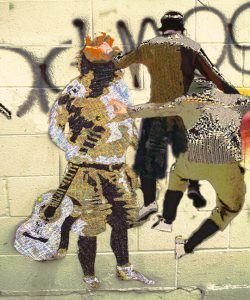 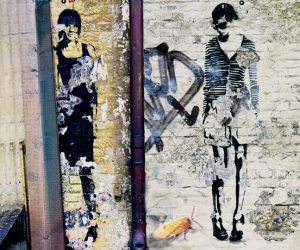 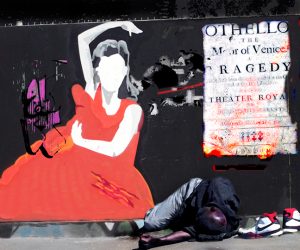 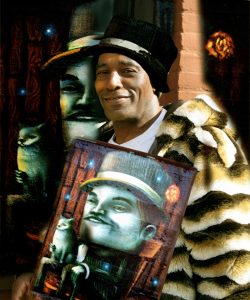 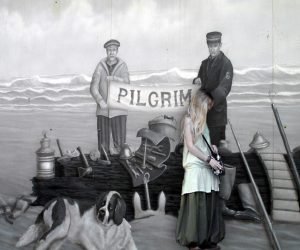 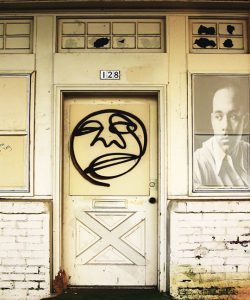 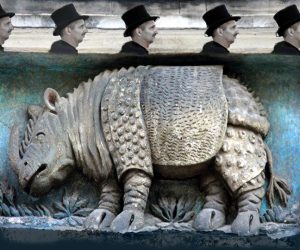 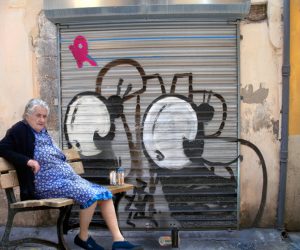 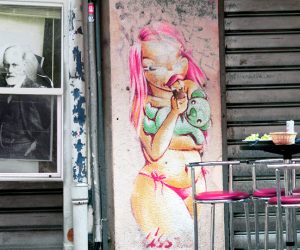 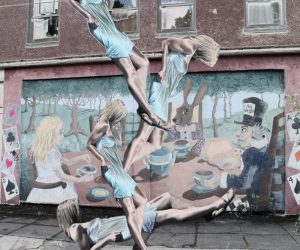