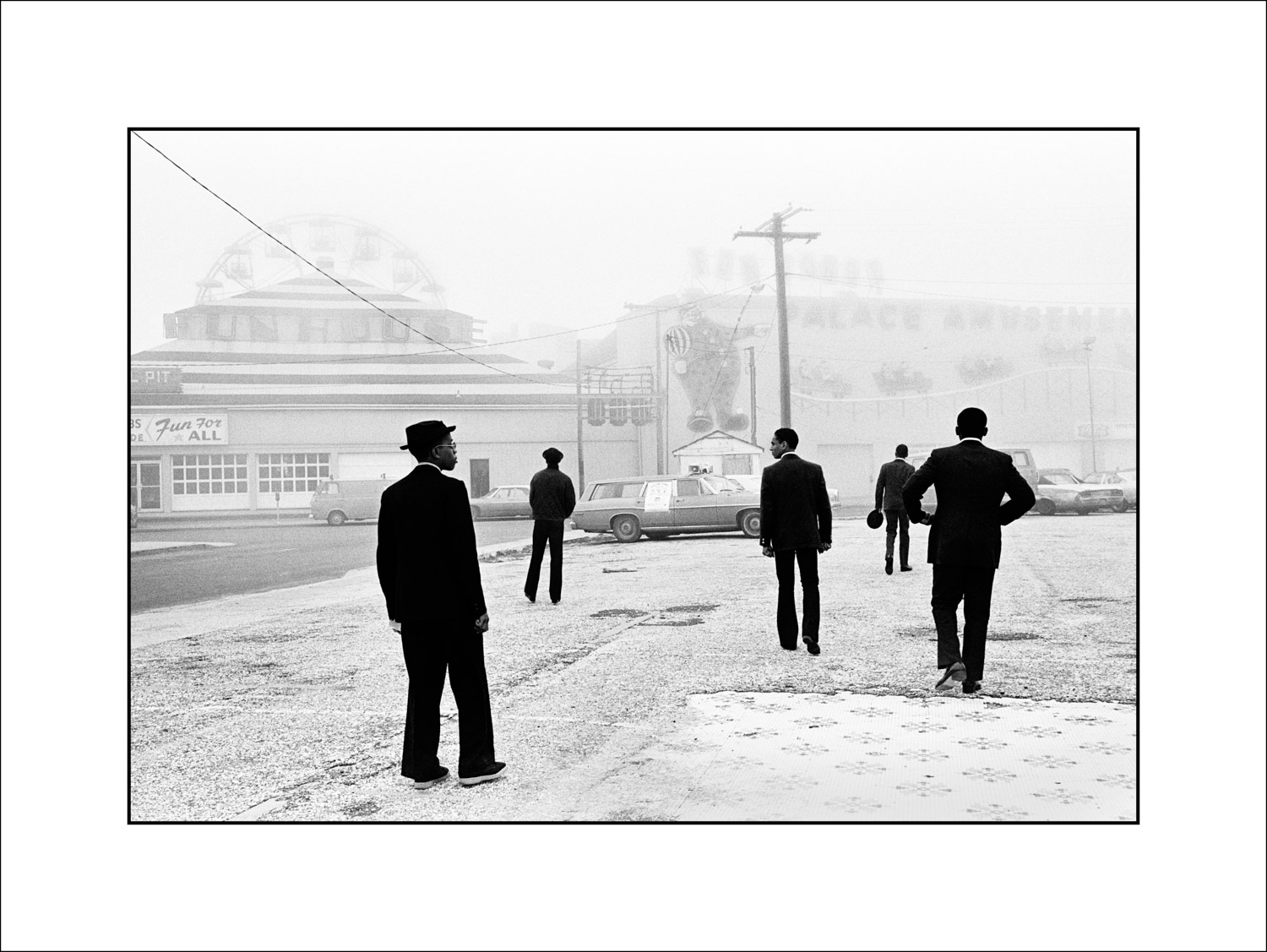 About his 1970s photographs from Asbury Park Meacham notes, “The place had become a ghost town, but no one told the ghosts. I would return again and again with my old camera to what remained of this sideshow of a city. I felt like the only one eating stale popcorn in the bleachers; watching the actors that couldn’t make eye contact—and I could not look away. I’m happy that today these images stand in stark contrast to the vibrant, creative community Asbury Park has become.”

Joseph Meacham grew up working and photographing in and around Asbury Park. As an adolescent he worked building surfboards in a factory that was also home to Bruce Springsteen and members of his bar band “Steel Mill”. In the 1970s he studied photography with Ray K. Metzger at what’s now the University of the Arts in Philadelphia and later received his MFA from Cranbrook Academy of Art in Bloomfield Hills, MI. Mr. Meacham has exhibited work and lectured throughout the United States and spends time between New York City, Philadelphia and his home in New Jersey.