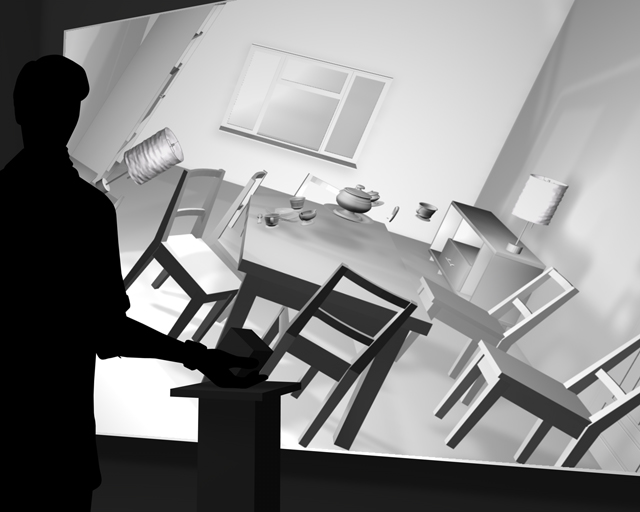 Stability involves the viewer handling a small cube while a projection shows an animated world that exists inside the cube. The physics of the real world are applied to an animated world: the viewer, by manipulating the cube, can inflict dramatic changes. The animated character residing inside the cube relentlessly gets up and restores her world destroyed by forces outside her understanding.

Karolina was born in Warsaw, Poland, received her BFA from the School of the Art Institute of Chicago, and her MFA in Experimental Animation and Integrated Media from the California Institute of the Arts. Her work has been shown at festivals and galleries around the world, most recently at ISEA2006, Trampoline Festival, Nottingham, UK, and New Forms Festival, Vancouver, British Columbia.