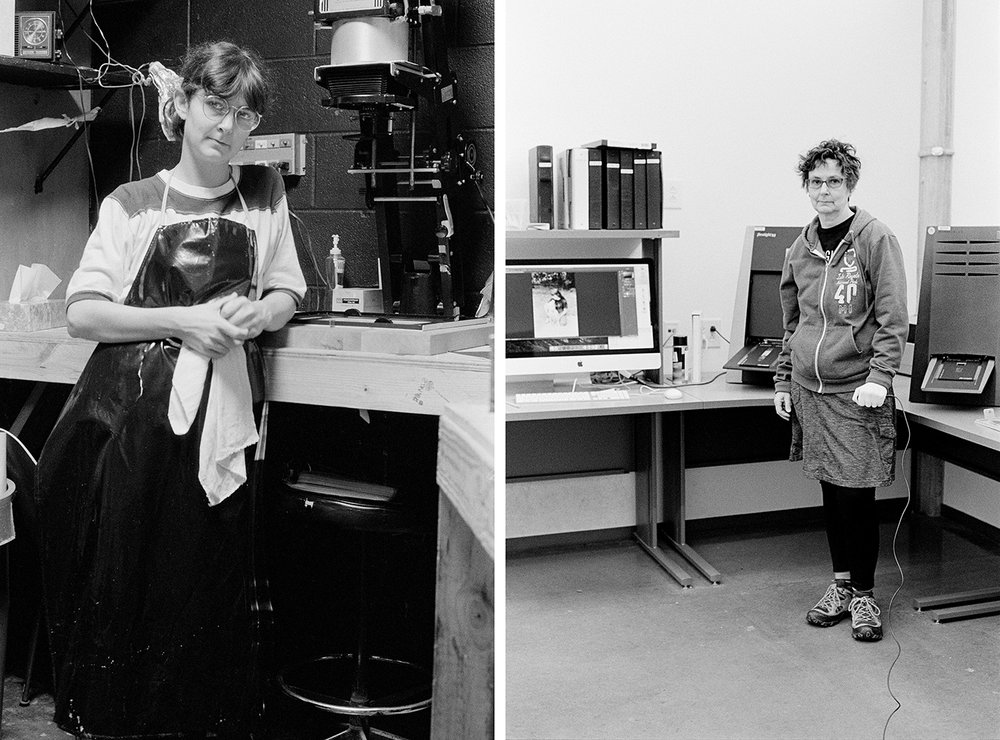 “I am interested in the aging female body, the passage of time, and loss. I use photography and video to address the ways in which lens-based media can connect deeply with experience and memory. I wish to make art that delights, while also leaving space for contemplation.”

Nancy Floyd has been photographing herself almost daily since 1982, often posing alone but sometimes with family and friends. On days when she doesn’t make an image, she advances the film in her camera by one frame on her monthly roll of film. In its entirety, Weathering Time consists of 2,500+ black-and-white photographs that document the artist’s personal journey from her early adulthood to the present, while also reflecting the cultural, technological, and physical changes affecting others in Floyd’s generation over the past 37 years. She writes, “As time passes, births, deaths, celebrations, and bad days happen. Pets come and go, fashions and hairstyles evolve, typewriters, analog clocks, and telephones with cords disappear; film gives way to digital, and the computer replaces the darkroom.”

Nancy Floyd has been an exhibiting artist for over thirty years. She has received numerous grants and awards including a 2016 CUE Art Foundation Fellowship, a 2015 Society for Photographic Education Future Focus Project Support Grant, and a 2014 John Gutmann Photography Fellowship Award. Temple University Press published her first book, She’s Got a Gun, in 2008. Floyd’s work has been exhibited in numerous venues including Solomon Projects, and Flux Projects (Atlanta, GA); the Atlanta Contemporary Art Center; White Columns (New York, NY); and the California Museum of Photography (Riverside, CA). Since 2009, her work has been part of the Elizabeth A. Sackler Center for Feminist Art Archive at the Brooklyn Museum in New York. Floyd has exhibited her current project, Weathering Time, at Whitespace Gallery in Atlanta, and the CUE Art Foundation Gallery in New York City. Floyd holds an MFA from the California Institute of the Arts in Valencia, California. She lives in Bend, Oregon.