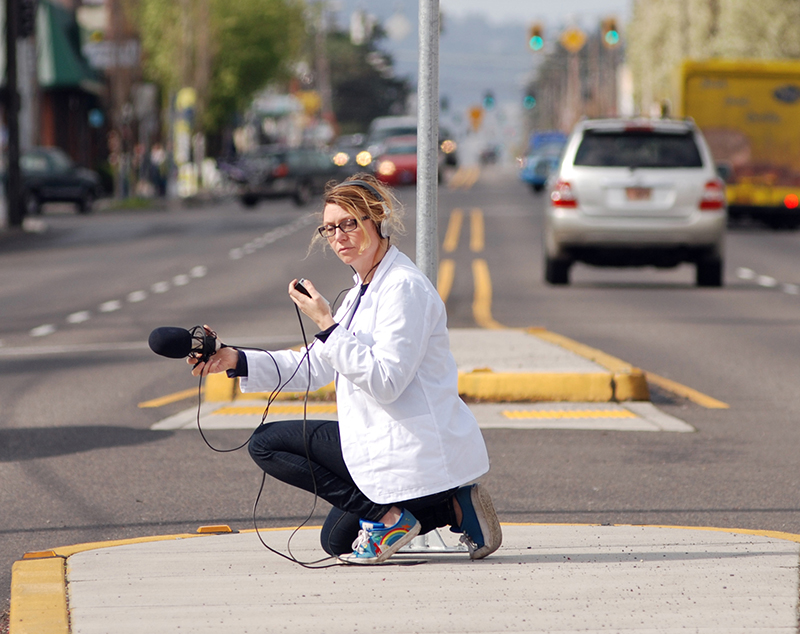 Disjecta Contemporary Art Center is pleased to announce the Portland2019 Biennial, co-curated by Yaelle S. Amir, Elisheba Johnson and Ashley Stull Meyers opening on August 24, 2019. Portland2019 is a survey of works by visual and performing artists who are defining and advancing Oregon’s contemporary art landscape. This will be the fifth biennial in Disjecta’s series of biennials, dating back to 2010. Portland2019 aims to examine the form of the ‘regional biennial’ as a locally concentrated infusion of resources for artists in various stages of their careers, through newly commissioned or contextually expanded works. In conjunction with the biennial, Disjecta will host a series of programs and performances throughout the exhibition. A free, public opening reception will be held on Saturday, August 24, 2019 from 6-9pm.

The Portland2019 Biennial will present a survey of work by Oregon based artists whose practices are rooted in a rigorous approach to socio-political commentary, presenting diverse perspectives on historical and contemporary narratives unique to the Pacific Northwest. The exhibition will focus on the nuanced thematics of site, diaspora, and the multifaceted histories of the region as told in eighteen projects. These gestures will address the continuous migration and erasure of communities from the Oregon landscape and, in some cases, serve as an act of preservation and remembrance for their stories. The exhibition will also reflect a layered view of Oregon’s current landscape – observing and commenting on some of the structures and landmarks that populate the state to formative ends. Such objects influence perceptions of the state of Oregon (and the city of Portland) within the country’s pop-cultural imagination and lingering fascination with Manifest Destiny. The selected artists were chosen as those whose current studio practices have been influenced by their relationships to community, landscape, and local politics.