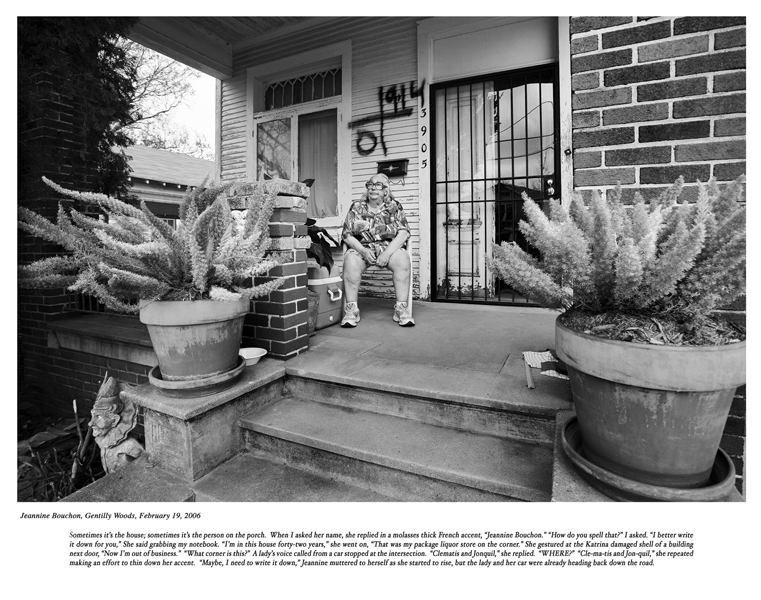 A series by Stewart Harvey about New Orleans began in 2003, but was significantly altered by Hurricane Katrina. It wasn’t the physical aftermath of the event that formed the compelling aspect for Harvey; it was the character of the people who had survived it. Harvey began to interview people he met and recorded their experiences, their personal history, or his interaction with them in a journal. Later, Harvey added parts of the journal to the printed landscapes or portraits, which changed the way viewers related to them. Soon the journal entries became inseparable from the photographs. 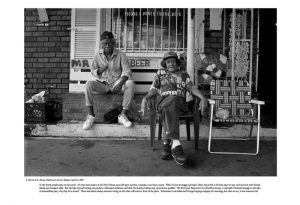 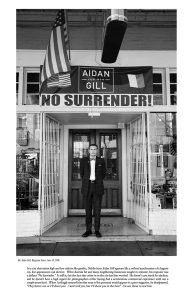 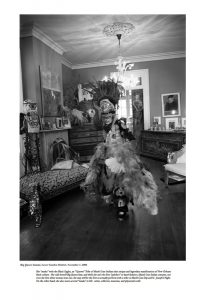 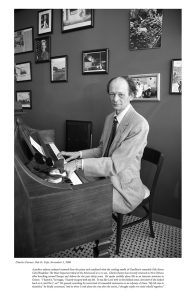 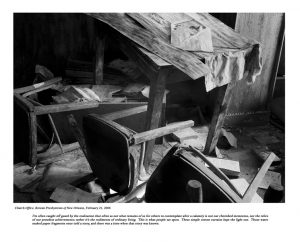 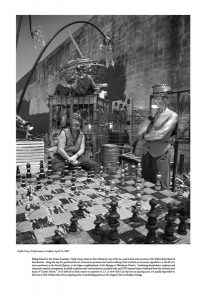 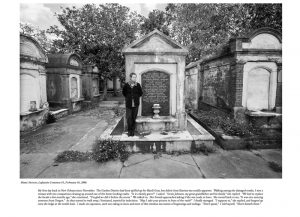 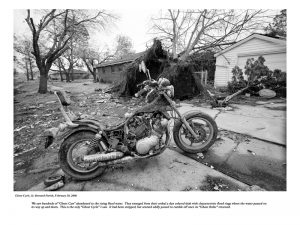 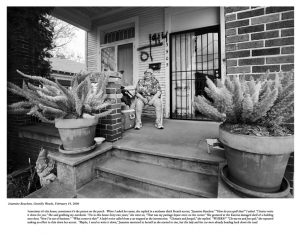 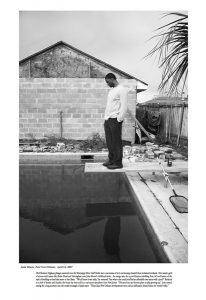 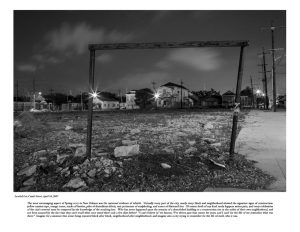 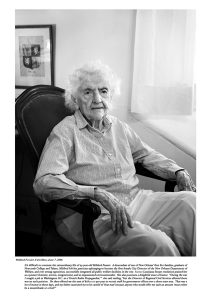 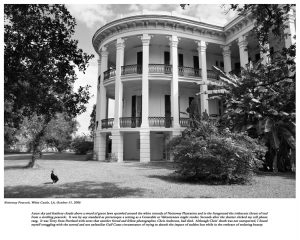 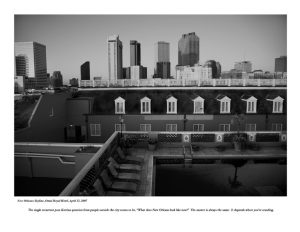 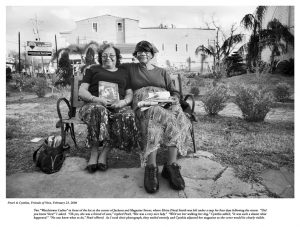 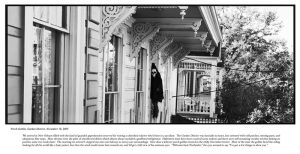 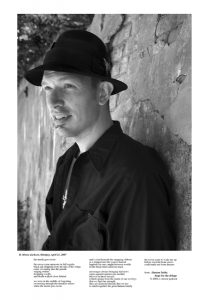 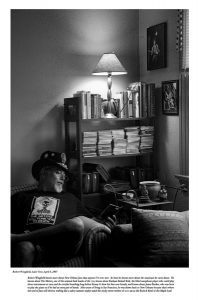 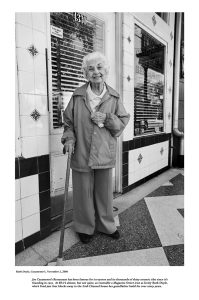 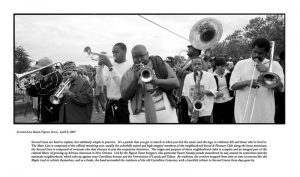 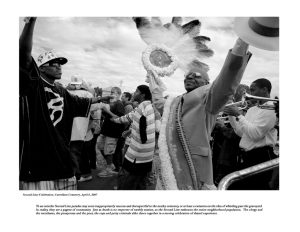 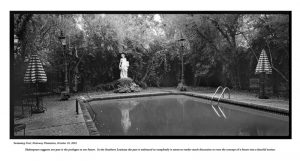 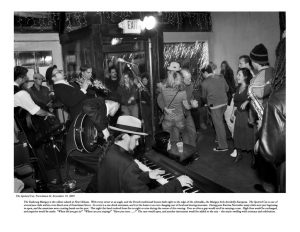 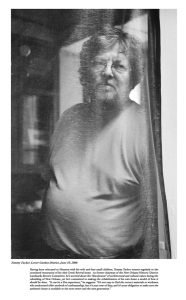 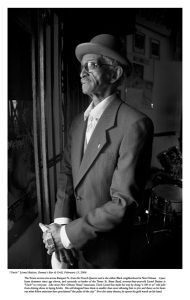 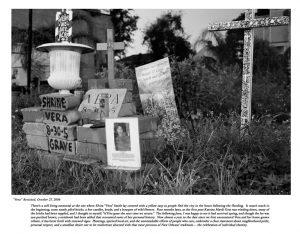